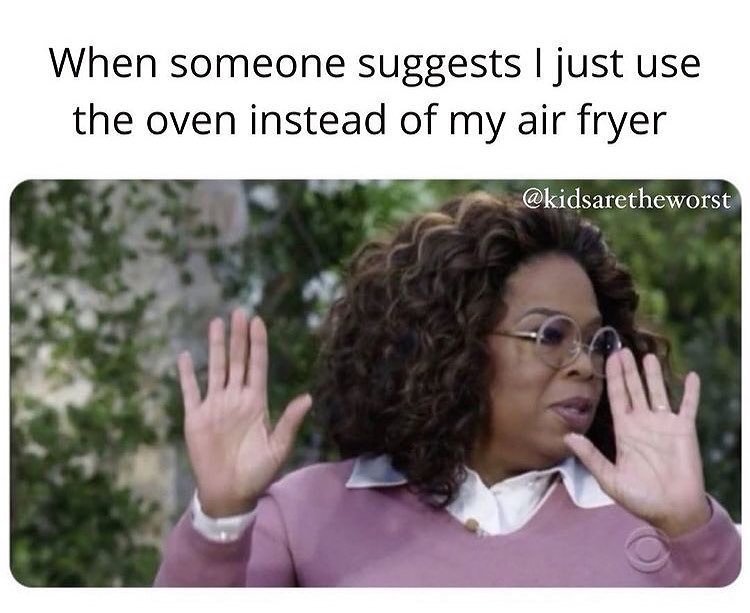 When the Air Fryer appeared, two opposing factions were formed between the lovers and the anti-fan. So they created air fryer memes for them to express their opinion.

#1. Clearly you don’t own an air fryer

This is the most commonly used Air fryer meme and has the most versions.

Anyway, these cool air fryer memes helped spread the message that “you should have an air fryer”. It makes your life much better than the other half.