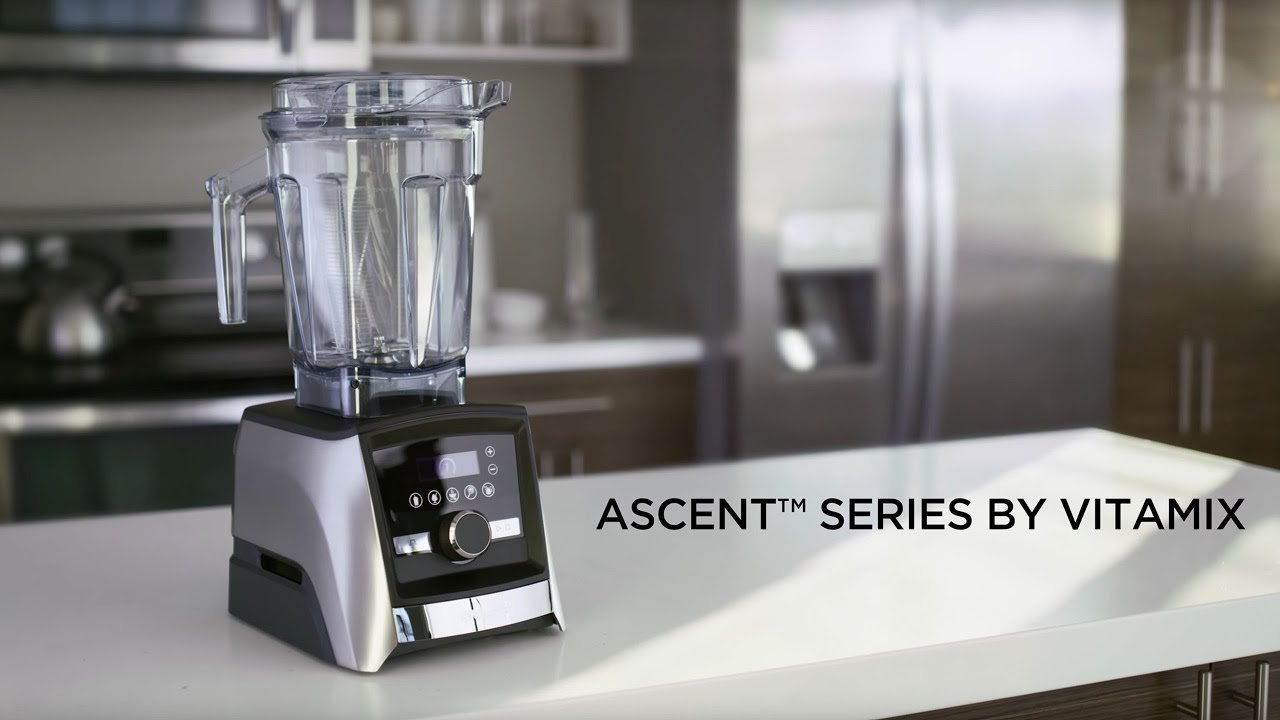 Despite its reputation, not all Vitamix blenders are identical – an issue further discussed in our Vitamix A3300 vs A3500 vs A2500 vs A2300 comparison.

Establishing a functional and inclusive kitchen can never be feasible without high-performance blenders, which can mix and pulverize ingredients in perfect consistency. Among thousands of competitors, Vitamix has always been a principal player thanks to an incredible array of offerings and features.

Nevertheless, keep in mind that each Vitamix model differs from another. This is a universal fact that sparks our decision to compile an in-depth Vitamix A3300 vs A3500 vs A2500 vs A2300 comparison.

Of course, certain trademark capabilities of Vitamix are still retained in all four models. But several decisive factors set them apart at the end of the day, which serves as the main focus of our following discussion.

At a quick inspection, it seems both are quite comparable. The two enjoy a diverse assortment of functions that entail:

Nevertheless, A3500 steps onto another new level with a few more sophisticated accessories.

For starters, A3500 offers five presets blending programs with touch control to accommodate more recipes. On another impressive note, it also presents extra settings for hot soup, Frozen Desserts, and Dip & Spread. The A3300, unfortunately, delivers none of those.

Furthermore, while both models incorporate visual timers, only the A3500’s features programmed countdown settings that switch the machine off automatically once the number reaches zero.

One considerable downside of all these advantageous modes, however, is the price gap between A3500 and A3300. The latter is an obvious fit for budget customers who wish for nothing extra, while A3500 suits people that prioritize machine performances.

Aside from performances, aesthetics are another facet you might want to keep in mind.

A3300 offers two different options in darker hues (black and gray). In contrast, A3500 leans into neutral or hot themes (white and red), accompanied by four finish types – black stainless steel, copper, graphite, and brushed stainless steel. Assess your preferences and house decor to pick the best one.

On another note, the two vary in weight despite sharing identical dimensions. A3500 is 15 pounds, whereas A3300 only spans around 13 pounds – a better choice if you tend to move the blender from place to place.

Still, it is undeniable that the A3500 is a redefined version of the A2500 with lots of additions and extra touch-ups.

One such improvement lies in the number of blending settings offered. A2500 has only three, while A3500 adds to this list with two more modes: self-cleaning and dips & spreads. People spending most of their day in the kitchen will truly appreciate these two additional options.

Furthermore, A2500 employs a manual dial to assist preset selections and speed adjustments, but A3500 decides to utilize technological innovation with its latest inclusion of touch screen controls. Each blending alternative is signified by a symbol on the touch screen. Your drink is ready to serve in a few touches.

All in all, the A3500 is clearly superior if you wish to save more cooking time. But perfectionists who wish to have full control over every single task might like A2500’s manual system better.

However, being the ancient and slightly outdated model, the A2300, understandably, seems to lag in quite a few other facets.

While its A2500 counterpart boasts three preset modes to support food recipes – hot soup, frozen desserts, and smoothies – A2300 has none. A2300 is not even integrated with functions for self-cleaning, a notable drawback compared to not only A2500, but also the other two models in our guidelines.

Also, as certain A2300 compartments are composed of heavy metal, they generate bothersome noises during operation. A2500, though comprising similar elements, is quieter thanks to sturdy double layers of steel.

Still, the A2300 clearly excels in price, a terrific solution for people not willing to spend a fortune on a blender. We are not particularly fond of its overall performance, but the affordable price tag alone is worth a second glance.

A3500 – one of Vitamix’s newest releases – is truly worth your consideration.

Just the five preset blending programs alone (absent in the other three models) are more than enough to live up to the long-standing reputation of Vitamix. It allows users to streamline their cooking processes and experiment with different types of recipes.

We agree that A3500 might not be the most compact option to store in your kitchen – nor the most affordable. Still, such innovative designs can trade off for the sum you have paid.

Our minor concern lies in the oversized cup, which means the A3500 refuses to function unless the ingredients can fill its whole capacity. Hence, adding extra food is a must to kick start the blender.

From our thorough breakdown of A3300 and A3500 in the previous section, it is quite clear that A3500 has snatched every spotlight. However, that means the A3300 is never far from stellar. In fact, it is still a great deal for those who do not really need all the five blending alternatives offered by A3500.

With A3300, most users are pleased with its noiseless operation, rapid speed, and sleek design. Not to mention, the charges never go overboard – quite perfect if you hate spending more money than necessary.

One critical aspect to note, though, is the unmovable blade, which might pose certain cleaning difficulties. Furthermore, A3300 might raise a few inches in height when placed on a base; thus, make sure your household cabinet can accommodate its size before any purchase.

Our answer depends on your priorities.

The absence of touch controls and programmable countdowns seem to put A2500 in an inferior position compared to A3300 and A3500. Also, as both A2500 and A300 share more or less the same price, some might think: why spend money on A2500 then?

We cannot deny that, as one of the classic (and hence, oldest) Vitamix models, A2500 might be quite lacking. But who says it lags behind the A3300 in every aspect? While A3300 offers no customizable blending options, A2500 does feature three – which justifies their similar pricing to a certain extent.

Also, most of its compartments (especially the lid) slide on and off with ease, saving time both in usage and in subsequent cleaning.

Overall, if you aim to diversify your daily cuisines but believe the five options offered by A3500 are a bit excessive, A2500 will hit the spot. But suppose you value automatic and technological features; then this model might not be the ultimate solution you are seeking.

Similar to A2500, this model fails to be on par (let alone surpass) with newer releases, lacking tons of selling points that boost the A3300 and A3500 to success. Cases in point include programmable countdowns, touch screens, and blending options.

Yet, for some reason, its total sales are surprisingly quite promising, meaning the product still has something to offer at the end of the day!

Indeed, A2300 does not allow varied blending-style selections; but at least you may decide on the specific number of blending times required for each container. Even better, its exceptional Pulse mechanism can puree food in a blink, enhancing hearty cuisines such as vegetable soups or pasta sauce.

Our final verdict? Again, it depends.

So let’s say: you have no desire for diverse blending alternatives. You are willing to perform every adjustment by hand. And you think a countdown for automatic shut-off is quite redundant. Should you tick all these boxes, A2300 is actually a smart investment.

Otherwise, the other models in our guidelines can offer much better services.

Which one is the best? – Source: Vitamix.

As you might have already deduced from these analyses (or just from a quick glance at the comparison table), A3500 is the best overall choice. It delivers a flawless blending system that truly lives up to all expectations.

Nevertheless, the somewhat demanding price might hold some customers’ backs. Here come the other three models, whose functions might not be as impressive but can still fulfill your basic cuisine demands. Still have questions about the Vitamix A2300 vs A3500 vs A3300 vs A2500 differences? Our comment section is always open. Leave your suggestions and inquiries below.